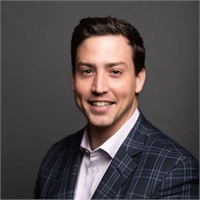 Cameron started in the financial industry with Northwestern Mutual as a financial representative. As luck would have it this was right before the financial crisis in 2008. He was focused mainly on risk management and insurance at the time, and the events of this crisis had a unique impact on his view of the industry. In addition to being a financial representative he also served as a College Unit Director on their internship program. After a couple years in this role he moved to a group plan focused role with Mutual of America where he worked directly with employee participants on their retirement plans. He covered multiple states and focused on nonprofit organization’s qualified plans. He gave large educational training presentations and offered one on one consulting with clients. He then joined Oppenheimerfunds in February 2011 as a Regional Advisor Consultant covering southern California advisors and wealth managers. Oppenheimerfunds helped mold his detailed understanding of the markets, investments, risk management, and thoroughly understand how the top wealth planners and advisors served their clients. He was promoted to Vice President with Oppenheimerfunds in December 2014.

In this time he also achieved two designations. In 2016 he obtained his Certified Investment Management Analyst® designation, in which he was able to attend the Wharton School of business through the IMCA sponsorship.  The following year he was able to achieve the Certified Private Wealth Advisor® designation so that he could better work with high net worth, and complex estate clients. Through this program he was able to attend the University of Chicago, Booth school of business and learn from some of their top professors and industry experts. In March of 2018 he decided to join the Varra Financial Team. His background with insurance, group plans, investment, and the insights he gained working with some of the top advising groups in the country has provided him with a comprehensive understanding of how best to serve our clients.

Cameron attended the University of Colorado where he graduated in 2007. While there he played lacrosse for the CU team and met his wife Madison (In the Kittredge dormitories). They have a daughter named Lilly and have enjoyed settling in to the Lafayette community. Cameron is a huge Buff sports fan, and passionate alumni. When he is not following CU lacrosse, football, or basketball he is most likely spending time with his family